The story behind this quote... 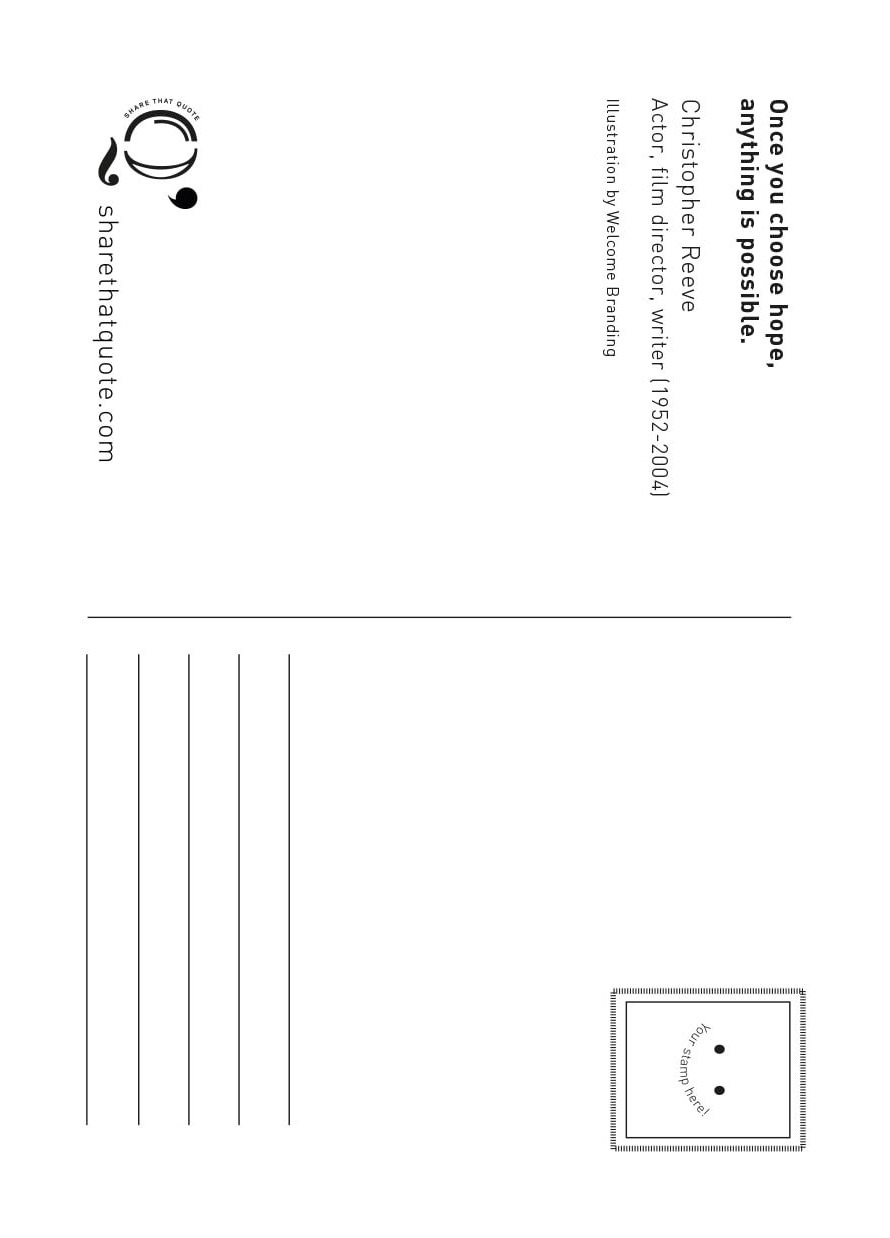 #SHARETHATQUOTE
Once you choose hope, anything is possible

Reeve’s was most famous for his performance as Superman. In 1995, Reeve’s horse made a refusal. A refusal is when a horse fails to jump a fence that he/she is presented with. As a result Reeve fell forward off his horse and landed headfirst on the far side of the fence, shattering his first and second vertebra. This caused a cervical spinal injury, which left him paralyzed from the neck down. Reeve considered suicide and mouthed to his wife Dana, “Maybe we should let me go.” She replied, “I will support whatever you want to do, because this is your life, and your decision. But I want you to know that I’ll be with you for the long haul, no matter what. You’re still you. And I love you.” Throughout his life he remained hopeful that someday a treatment for his spinal injury would be found. He and his wife founded the Reeve Foundation, which focuses on research for spinal repair.

Back to the postcard

You do not want this? Then adjust the cookie settings.

Cookies are small files that we place on your computer, tablet or mobile phone if you use our website or app. Sometimes they are necessary for the use of the site, but not always.

With ‘all cookies’ the website works best. And your visiting behaviour will be used for marketing purposes. If you choose for anonymous, then your data will not be used by us anymore.